The Ocean Drive Collection is a limited series of neon sculptures, inspired by Art Deco architecture and bold colours of the Art Deco era. This is a 5 piece collection, each individually named.

The project was born when April herself discovered a large series of lost 1950s Kodachrome negatives, dug up at a flea market in Istanbul. The film collection revealed a stunning narrative of a Turkish couple who moved to Miami in the early 1950’s, bought a Cadillac and took it cruising through the USA.

The architectural emphasis and energy of this lost archive was used as the key inspiration,

The collection is primarily constructed out of laser cut plexiglass, sprayed down to a matte white finish. The handmade glass neon, carefully blown by highly experienced ateliers in Istanbul, has a lifespan of up to 10-15 years. They have been produced in various colours and sizes, and the neon colour itself can be chosen by the customer when placing an order on the customization online form or by writing an email with the wishes.

After debuting the collection to a resounding reception at Milan Design Week 2019, including voted as Best of Isola Design District and receiving accolades from the likes of Elle Décor UK and Archipanic, among others, April is mostly kept busy innovating and creating in Istanbul.

April draws from a variety of inspirations and styles, most prominently from the Art-Deco and Post-Modern movement, both favourites of hers, capturing the retro-futuristic aesthetic with her own touch and style. April strongly believes in not designing just products, but creating art which exudes its own individual personality and uniqueness, giving character and vibrancy to the surrounding environment. Her love of colour, light and bold forms shines through in all her work. 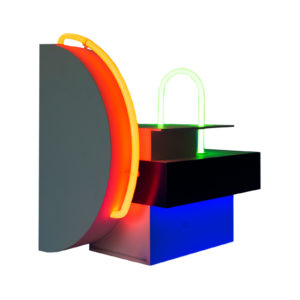 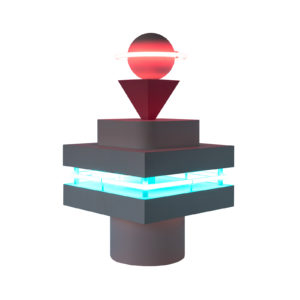 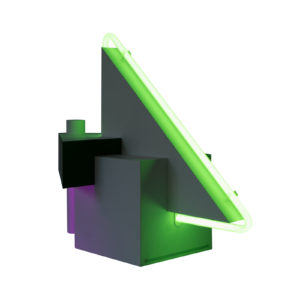