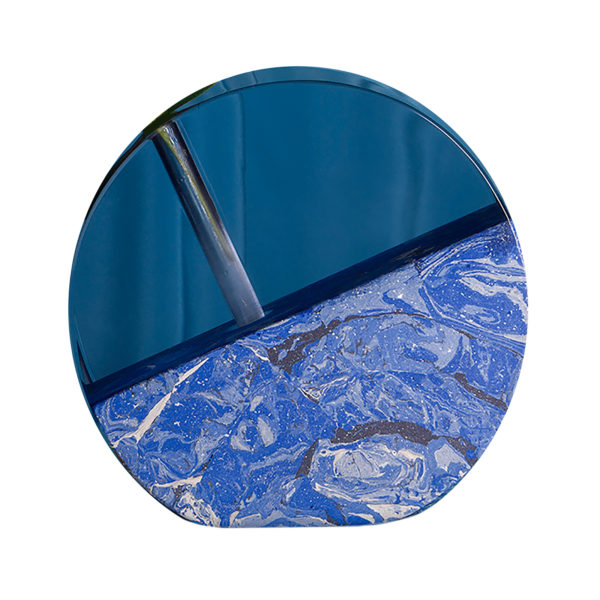 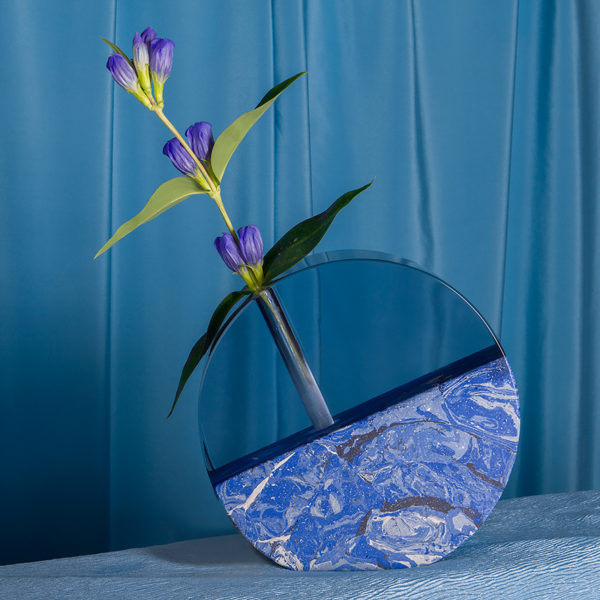 Handmade in the United States

Soulmate is Martina Guandalini’s first collection of collectible design.
It is a series of tables and vases that whose trait d’union is the link between an ancient material like fake marble, obtained through the Scagliola technique and the more modern one like the resin. Two mirror halves (like the Yin and Yang) that together create a single solid. In harmony as in a love story.
She’s always interested to create hybrid solutions, experiment a new language and syntax. She believes that contrasts can conceive balance.

Martina Guandalini is an architect, designer and creative director. She graduated with a Master degree in Architecture from the Politecnico of Milan and her thesis was featured at the Architecture Biennale in Venice in 2012.
Shortly after graduation, she moved to New York to work at Sergio Mannino Studio where she distinguished herself for an innate creative talent. In just a few years she assumed the role of Creative Director and she is now running the main project teams. Her personal work has been featured in numerous magazines worldwide.
Martina promotes and investigates into female-identified movements and talents since the past 10 years, through her music career first and through her design firm Lady Be Good Design that found in 2016 and being an official member of also of the NYC Female Design Council.