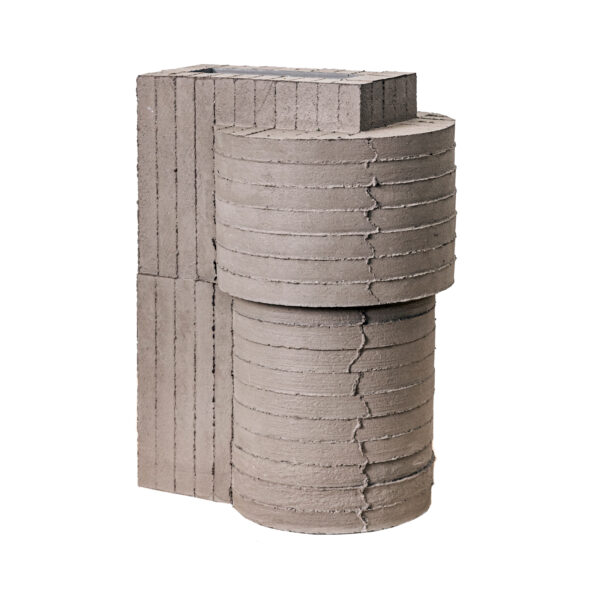 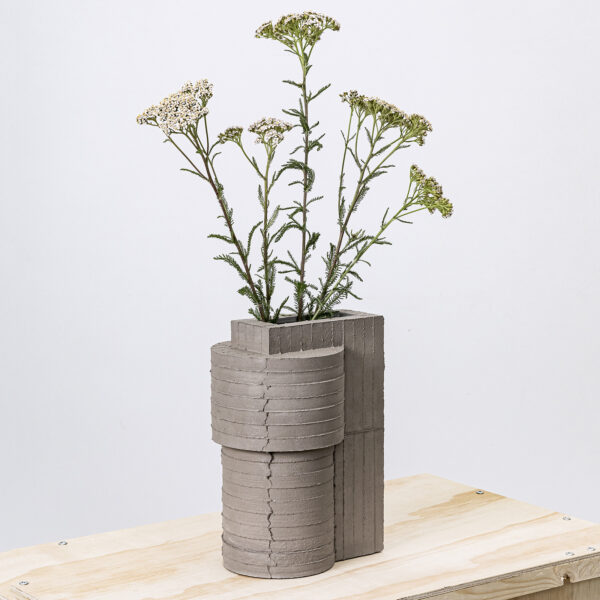 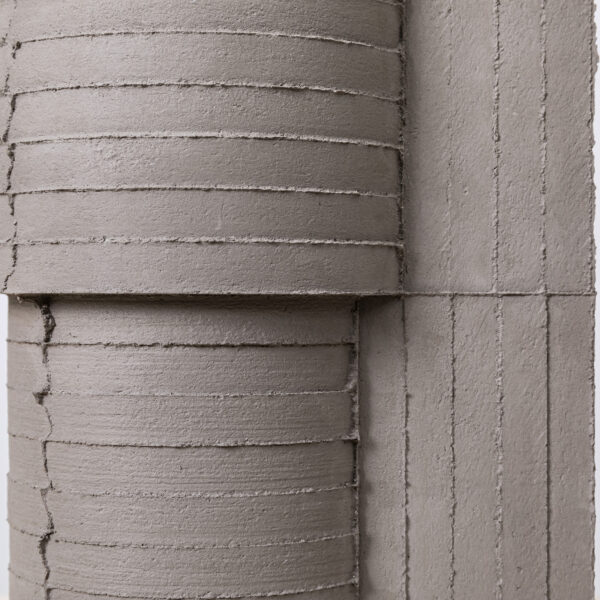 Formworks is a series of brutalist vases by Studio Mieke Meijer. The moulds are constructed from plasterboard, resulting in a texture reminiscent of board-formed concrete.
Slipcasting is a technique for the production of ceramics. A liquid clay body slip is poured into plaster moulds and allowed to form a layer, the cast, on the inside walls of the mould. Making a slipcast object usually starts with a model from which a plaster mould is been made.For the Formwork series Studio Mieke Meijer constructed moulds from plasterboard, a gypsum-based building material being used to make interior walls and ceilings. By doing so a texture appears that reminds of board-formed concrete walls as often applied in brutalist architecture. 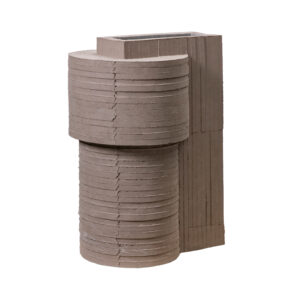 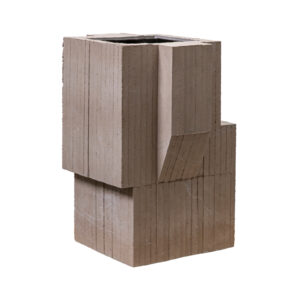 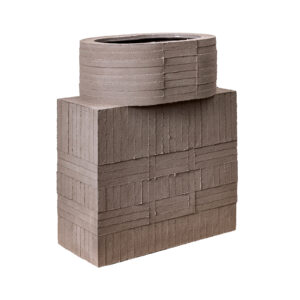 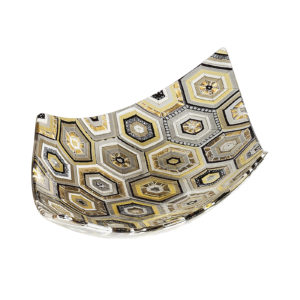 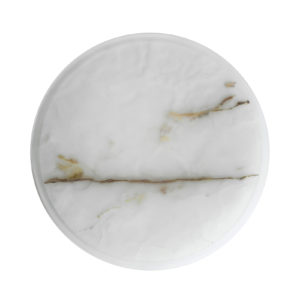 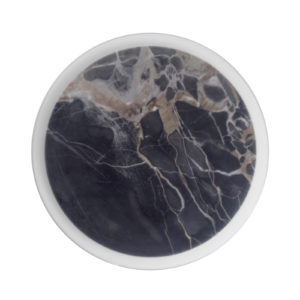 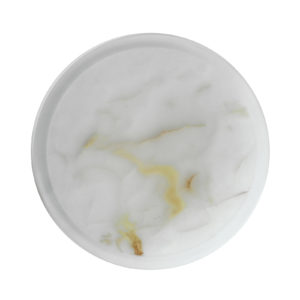 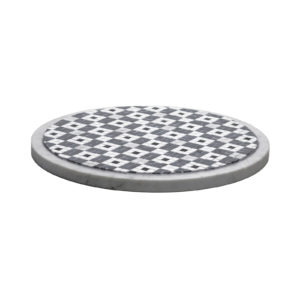