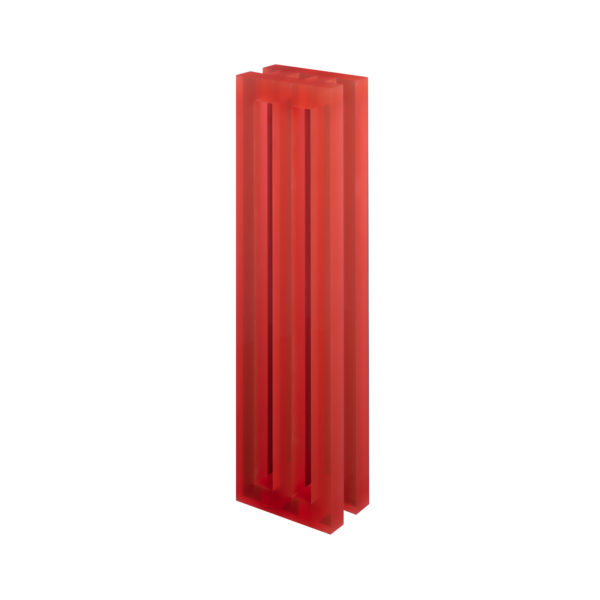 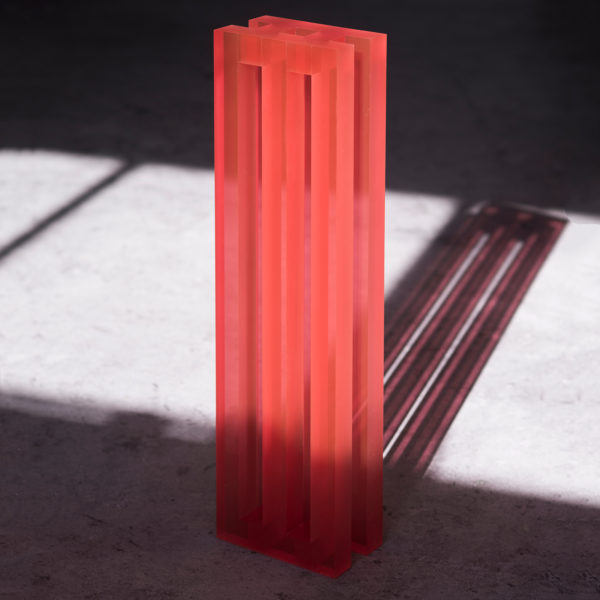 My current project aims to build architectural objects from simple transparent building blocks, highlighting the internal structures. The objects are designed to naturally interact with light sources and cast sharp and soft patterned shadows into the room surrounding it. At the same time the objects have the power to blend into any surrounding and magnify the interior with a colourful statement.
I have been producing resin works for designers and artists for some years and after mastering the process, this series is the first personal exploration with polymer materials. The project is still developing further. Each piece is handmade in Rotterdam.

Born in Austria in 1988, Laurids Gallée is based in Rotterdam. After studying Anthropology in Vienna, he moves to the Netherlands, where he graduates from the Design Academy Eindhoven in 2015. He works two years for STRS in Rotterdam, before opening his own studio in 2017.